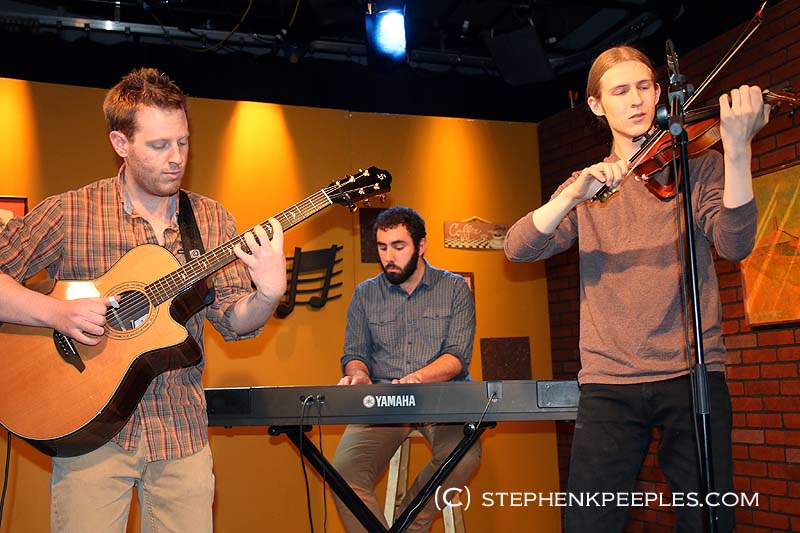 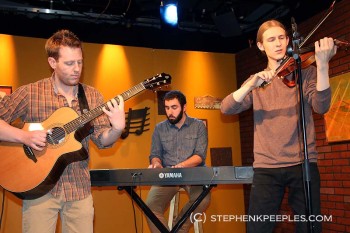 On “House Blend,” Merritt, Glenn and Coyle perform four original instrumentals from their as-yet-untitled debut album, just completed and due in late summer 2014. The songs previewed are “In Your Arms,” “Dreamland,” “When She Left” and “A Song.”

While this edition of “House Blend” marks Woodwork’s television debut, Avery guested in Season 1 in a jazzy duet with fiddle-violin legend and mentor Phil Salazar.

Out of the Woodwork at College of the Canyons

Woodwork began to take shape a couple years ago in the music rooms at College of the Canyons’ Valencia campus.

Merritt and Glenn met in one of their music classes and started jamming and writing together in and outside of class, and performed a few live shows as a duo. 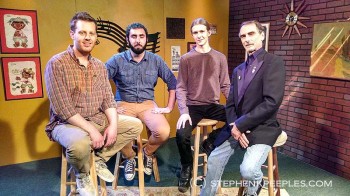 Encouraged by early fans to fill out their sound, Merritt and Glenn asked fellow music major Coyle to join as keyboardist in 2013.

They christened the band Woodwork, and headed to the woodshed to compose and rehearse. Since then, they’ve performed a few select gigs while they worked on recording tracks for their first album.

All three Woodworkers are virtuosic musicians with years of individual instruction, practice and live performance already behind them. But the young musicians’ chemistry and mutual respect as collaborators bring out a fresh, new multi-genre sound that goes beyond its individual elements.

Woodwork Lets the Music do the Talking

Woodwork has no vocalist, and by design.

“None of us can sing, so we let the music do the talking,” Merritt said. He just earned his music AA at COC. For graduation, he affixed sheet music from John Coltrane’s “Giant Steps” to his mortarboard. Merritt will attend the Berklee School of Music in the fall.

Find out more about Woodwork on the trio’s official Facebook page. 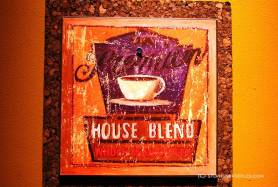 The “House Blend” series premiered on SCVTV in September 2010. The shows air and stream Saturday nights at 10 (PT) with an encore telecast/stream Thursday nights at 10.

“House Blend” is now wrapping up its fourth season, with Woodwork starring in the penultimate show.

All “House Blend” shows produced to date – more than 40 original editions with music and interviews and a dozen all-music best-of compilations – are archived and viewable on demand.

A series highlight was the May 2011 show featuring renowned folk-country-bluegrass duo Chris Hillman and Herb Pedersen, one of the top finalists for a WAVE award from the Western Alliance for Community Media. Read more here.

Santa Clarita journalist Stephen K. Peeples is a features writer and photographer for KHTS Radio News (hometownstation.com) and SCVTV’s  SCVNews.com. He also writes the occasional post for his own website and independently provides Web editorial and social media services for select clients. On TV, Peeples is host, writer and co-producer of the popular “House Blend” music and interview show on SCVTV, community television for the Santa Clarita Valley (scvhouseblend.com). In addition, he delivers the KHTS/SCVTV “SCV Entertainment Beat” report Thursday night during SCVTV’s NewsBreak program. Peeples was the original award-winning writer/producer of “The Lost Lennon Tapes” radio series for Westwood One (1988-1990) and a 1994 Grammy nominee as co-producer of the “Monterey International Pop Festival” boxed set (MIPF/Rhino, 1992). Contact him at skp (at) stephenkpeeples.com or visit https://stephenkpeeples.com.

‘The Beatles: Get Back’ Book to Coincide with Jackson’s 2021 Feature Doc