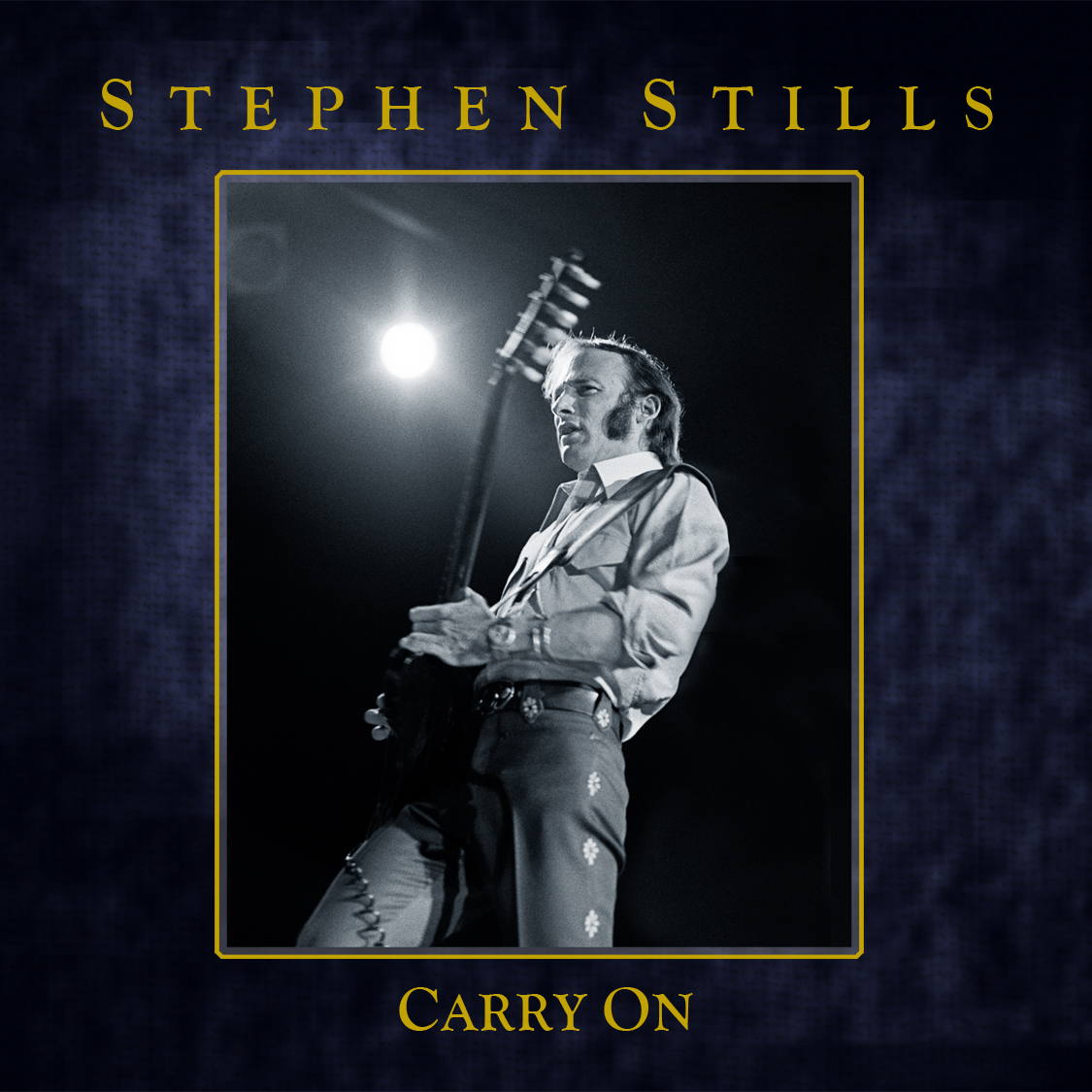 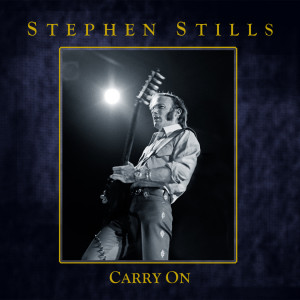 The much-anticipated Stephen Stills “Carry On” boxed set is due from Rhino Entertainment on March 26, four CDs stuffed with classics and rarities spanning the first 50 years of the singer, writer, multi-instrumentalist, producer and bandleader’s colorful career, from the edge of 17 to just last year.

The set’s list price is $54.98; a digital version will also be available. Each iteration includes more than five hours of music.

Stills, who turned 68 on Jan. 3, has released more than 250 songs since 1966, some solo, others with iconic bands including Buffalo Springfield, Manassas and, most famously, with David Crosby, Graham Nash and Neil Young.

In retracing the remarkable  scope of Stills’ career and the musical paths he has explored over half a century,  the producers show he’s more than a prolific hit-maker (“Love The One You’re With,” “Southern Cross”). He’s also a songwriter who speaks his mind (“For What It’s Worth”) and his heart (“Suite: Judy Blue Eyes”) equally well, and is comfortable playing and mashing up diverse genres including folk, rock, blues, jazz, country and Latin.

The “Carry On” tracks unfold mostly in chronological order, leading off with the collection’s oldest entry: “Travelin’”— a previously unreleased recording Stills made in 1962 at age 17 in Costa Rica (one of the many places he lived growing up in a military family).

The newest track, recorded only a few months ago, features CSN performing “Girl From the North Country” in New York City during a sold-out five-night run at the Beacon Theater that closed the group’s acclaimed 2012 world tour.

“Carry On” features more than an hour’s worth of previously unreleased material including “No-Name Jam,” a 1970 recording of Stills in London trading guitar licks with his friend Jimi Hendrix.

Other previously unissued highlights include the songs “Welfare Blues” (1984), “Little Miss Bright Eyes” (1973) and “Who Ran Away?” (1968), and early demo versions of “Forty-Nine Reasons,” “The Lee Shore” and “Black Coral,” the latter a song Stills and Young released as a duo in 1976 — the version here features all four members of CSNY.

“The Treasure” offers a peek into Stills’ process — originally released in 1973 on Manassas’s eponymous debut, the “Carry On” version was recorded by Stills three years earlier with bassist Calvin Samuels and drummer Conrad Isidore during sessions for “Stephen Stills 2.”

“Carry On” also features a number of classic songs newly remixed by Nash and Stanley Tajima Johnston, including “Everydays,” “To a Flame,” “See the Changes,” “4+20” and “Change Partners,” the latter with Jerry Garcia on pedal steel guitar. There is also a newly edited version of Stills performing “Cuba Al Fin” at the Havana Jam in 1979.

Several songs make their CD debut on “Carry On,”  including “Uno Mundo,” “War Games” and the single mix of “Love The One You’re With.”

Stills’ time on stage is represented as well with a number of previously released performances, including several from his acclaimed 2005 album “Man Alive.” The collection boasts new live tracks, including CSN singing “No Tears Left” in 1997 at the Fillmore in San Francisco, and CSNY on stage in 2002 at Madison Square Garden with the Memphis Horns, Booker T. Jones and Donald “Duck” Dunn covering Otis Redding’s “Ole Man Trouble.”

Special thanks to Jason Elzy and Michael Jensen.

In addition to his “Peeples Place at KHTS” blog, Stephen K. Peeples is a features writer/reporter and photographer for KHTS Radio News (hometownstation.com) and SCVNews.com, and host, writer and co-producer of the weekly “House Blend” music and interview television show on SCVTV, community television for the Santa Clarita Valley (scvhouseblend.com). A former SCV music and entertainment columnist for The Signal (2004-2011) and drummer with SCV jazz group RainTree (raintreejazz.com, 2010-2011), Peeples is a Grammy-nominated record producer (“Monterey International Pop Festival,” MIPF/Rhino, 1992), an award-winning radio producer (“The Lost Lennon Tapes,” Westwood One, 1988-1990) and an award-winning online editor (The Signal website, 2007-2011). For more information, email skp@stephenkpeeples.com or visit stephenkpeeples.com.

John Lennon: 40 for 40 Years, and Still a Voice for Peace