Review of ‘The Beatles: All These Years, Vol. 1 — Tune In,’ First Installment of Lewisohn’s 3-Part Biography 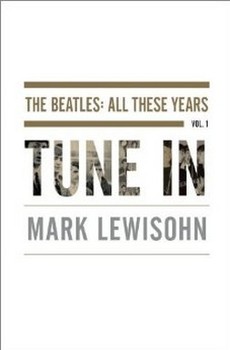 The latest book by world-renowned Beatles expert Mark Lewisohn, “The Beatles:  All These Years, Vol. 1 – Tune In,” renders all other biographies of the world-famous British band’s early years incomplete and/or obsolete.

Published in hardcover, audio and digital editions by Crown Archetype/Random House on Tuesday, Oct. 29, 2013, the 932-page U.S. and U.K. trade edition of “Tune In” is thoroughly annotated and completely indexed (the last 138 pages also include book/photo credits and the author’s thanks).

Even for hard-core Fab Four aficionados, the book answers questions fans never knew they had, as Lewisohn unravels mysteries, debunks myths, and adds many more priceless pieces to the story.

A work in progress for a decade (seven years’ research, three years’ writing), “Tune In” is now the place to start for anyone interested in the band’s pre-Fab years, and sets the standard against which all past and future Beatles histories will be judged.

Not only a master at deep document research, and at finding and interviewing contemporaries of John Lennon, Paul McCartney, George Harrison, Ringo Starr (Richard “Richy” Starkey) and Starr’s predecessor, Pete Best (we hear the voices of relatives, friends, teachers, girlfriends, best mates and more, as well as the bandmembers), Lewisohn (pictured) is also a master storyteller.

Combining a cinematic sweep with a penchant for detail, he lays out the story vividly, but sans hyperbole, spin or favoritism, and no agenda beyond reporting what he can verify really happened as completely as possible. 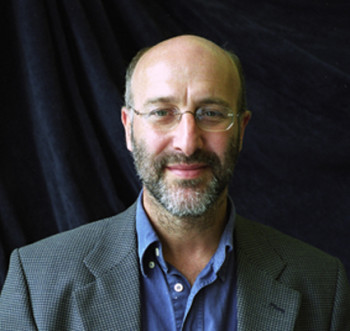 In keeping with Lewisohn’s previous acclaimed Beatles books – “The Beatles Live,” “The Beatles: Recording Sessions,” “The Complete Beatles Chronicle,” “Twenty-Five Years in the Life” and “The Beatles’ London” – “Tune In” is a scholarly yet highly entertaining page-turner that’s about as definitive on the topic as any human could produce.

Following Lewisohn’s card-on-the-table introduction and his riveting prologue about Lennon and McCartney’s early relationship, “Tune In” flashes back briefly to 1845, as Lennon’s ancestors landed in seaside Liverpool (fleeing the potato famine in Ireland).

The book ends on Dec. 31, 1962, as the group triumphantly flew back to England from their third and final trip to Hamburg, by then poised for world domination in 1963. Lennon’s pronouncement at the end of Vol. 1’s final chapter is at once profane, proud and prescient.

Along the way, Lewisohn provides fascinating detail about the family members, people, places, life events, triumphs, tragedies, books, music, films and art that influenced and shaped the bandmembers as they grew up war babies in various mostly working-class  neighborhoods.

We read how Lennon, McCartney and Harrison’s paths finally converged during their mid-teens, when they merged their mostly American rock, R&B and country influences in Lennon’s group, The Quarry Men, from mid-1956 and into 1957-58. Chief among them: Elvis Presley, the Everly Brothers, Buddy Holly & The Crickets, Chuck Berry and Little Richard.

We learn more details of how Lennon and McCartney began writing individually, then writing and harmonizing together, and of the bond they shared because both lost their mothers.

We find out which of the bandmembers’ parents/guardians were supportive, and which weren’t; get the complete stories of how the early Beatles scuffled in Liverpool and then Hamburg; read how German friends like Klaus Voorman, Astrid Kircherr and Jurgen Vollmer influenced the group’s style and appreciation of art.

Lewisohn details how the band connected with manager Brian Epstein in late 1961, and, after much rejection by Decca and others, with EMI/Parlophone Records producer George Martin in mid-1962.

Lewisohn takes us into the studio for the first sessions with Martin at what would become known as Abbey Road that summer and fall. We get the full story of why and how Best was sacked and replaced by Starr. We read how Martin produced the band’s first single, “Love Me Do,” with Starr and alternatively with session drummer Andy White; and about everything else that set the stage for the most influential pop culture phenomenon the world has seen in the past half century.

Themes that thread throughout “Tune In” include dysfunctional families, contempt for authority, relentless hard work, and pure dumb luck. We see the unprecedented and unrepeatable series of events and circumstances that helped launch and propel the Quarry Men>Beatles juggernaut from the grimy stages of Liverpool to stadiums in all corners of the planet. If anything had happened differently, it could have all ended, anytime.

Just one example: Had the British government not ended its requirement for national service (equivalent to the military draft in the U.S. at the time) when it did, Lennon, the eldest and ringleader of the Quarry Men, would most likely have had to serve.

Instead, Lennon was free to morph his gang of fellow public school refugees from a skiffle group into a real rock ‘n’ roll band.

Mark Lewisohn Beatles Bio Reaches the ‘Toppermost of the Poppermost’

“Tune In,” a New York Times best-seller, should be essential reading for Beatles fans of all ages, as well as students of 20th century pop culture in Britain and America.

The author’s cut of “Tune In” (at approximately 800,000 words, twice as long as the U.K. and U.S. trade versions) was published in the U.K. only by Little Brown on Nov. 14. The first run sold out within weeks.

Lewisohn traveled to the U.S. to promote the book in late October and early November 2013, after which he returned to England, fielded a final round of international press interviews, then continued work on Vol. 2 of “All These Years.”

RELATED: Lewisohn Beatles Author to U.S. for ‘Tune In’

Lewisohn took a break from research in early February 2014 to participate in New York events celebrating the 50th anniversary of The Beatles’ first trip to the United States, first No. 1 single and album, “I Want to Hold Your Hand” and “Meet  The Beatles,” and first “Ed Sullivan Show” appearance on Feb. 9, 1964.

“Not trying to dodge the question, but I’ll know what the end point will be when I get there,” the author told this writer.

Stephen K. Peeples was the original, award-winning producer of “The Lost Lennon Tapes” radio series for Westwood One from 1988-1990, and Mark Lewisohn was the series’ invaluable Research Consultant. Today, Peeples is a features writer for KHTS News and SCVNews.com in Santa Clarita, Calif., and host, writer and co-producer of the weekly “House Blend” music and interview television show on SCVTV, community television for the Santa Clarita Valley. He also writes the “Peeples Place at KHTS” blog. A former SCV music and entertainment columnist for The Santa Clarita Valley Signal (2004-2011), Peeples is a Grammy-nominated record producer (“Monterey International Pop Festival,” MIPF/Rhino, 1992) and an award-winning online editor (The Signal website, 2007-2011). For more information, email skp (at) stephenkpeeples.com or visit https://stephenkpeeples.com.

‘The Beatles: Get Back’ Book to Coincide with Jackson’s 2021 Feature Doc

Extended Edition of Lewisohn Beatles Bio ‘Tune In’ Out in U.S. Nov. 7